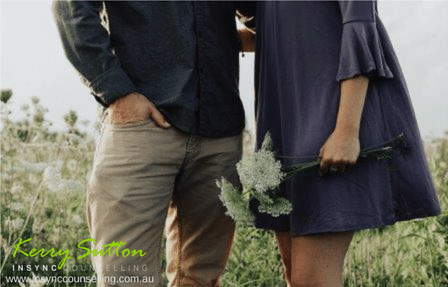 Are you always rescuing your partner or your adult child? Do you feel responsible for them? Is it helping or are you feeling burdened, frustrated and trapped? In codependency relationships one person (the rescuer) feels burdened by the needs and wants of their loved one (the victim). In other words they take the role of ‘over-functioning’ to compensate for the ‘under-functioning behaviour’ of their partner or adult child. This is often learned behaviour from your family of origin.

However, long term you are actually reinforcing the belief that he/she needs to be rescued. And even if they don’t say it, the underlying fear they haven’t got the capacity to manage and cope with their own life. Fears like “I’m not enough”, “I’m not smart”, “I can’t cope”, “Life is scary”, soon become self-fulfilling prophecies.

Codependency is driven by the agreement that you will work harder on their problem and their life than they do. ~ Unknown

We have an 18 year old cat, Cheetah. She was only two weeks old when she joined our family menagerie of two cats and a dog. She was so small she could fit in the palm of my husband’s hand. She was the runt of a homeless litter of kittens my son encountered in a paddock while doing his paper run.

Even though Cheetah remained a small cat she could hold her own with our other cats, and was always off on adventures, only returning home to sleep and eat.

However, in the last couple of years she has become a little less robust, and developed a bit of a ‘wonkey’ walk with her arthritis.  This has made some things a little more challenging for her. For example jumping onto our bed resembled mountain climbing. She would jump as high as she could, dig her claws in to the side of the mattress, and drag herself to the top.

♦   The Problem of codependency

We’ve never had a cat live to this age, so with the assistance of a monthly injection from the vet, and turmeric for the inflammation (at the insistence of our son) we have tried to make things easier for her. Just little things to begin with. However, we kept doing more and more for her, till eventually we started keeping her inside, day and night to, “protect” her.

She slept in my husband’s office at night with her very own dirt box. She did “miss” the box now and again, or forget to use it, but overall it was working well. However, about 6 months ago these isolated incidence became the norm, and every morning my husband was greeted with unpleasant little surprises. And then she started doing it in the day time.

My husband loved her dearly, he called her his little Cheetahroo. But at the same time he was becoming more and more exasperated with her.

We tried putting her outside for the morning, so she could “go” in the garden. No, that didn’t work, she would hold on till she back inside and leave a little surprise or two to be discovered later.

At the same time Cheetah was becoming more and more frail. She was terrified of our other cat, who seemed to delight in scaring her. I became more and more vigilant, trying to make sure they weren’t in the same room together. I saw Cheetah as a “victim”, too small and defenseless to look after herself.

By the end of the year she had become so frail and difficult to care for, we started having conversations about making that ‘difficult decision’. Here’s where it gets interesting!

“We cripple people who are capable of walking by choosing to carry them.” ~ Christie Williams.

♦   The Solution to codependency

We decided to put her back in the environment she was born in and see if we could break the codependency cycle we had created. So, no matter the weather we started putting her outside at night. Initially she would sit on the other side of the door meowing, trying to guilt us into letting her in. But we persisted, and Wow!

The change has been extraordinary. Cheetah has become more content, and confident. She is way less scared of our other cat, who has interestingly stopped tormenting her.  She is in control of her life again. Living on her terms.

We had robbed her of her autonomy, and her true self. We had reinforced her fear of being helpless, and she had become just that – “helpless.” She had almost forgotten she was a cat.

In the beginning you feel useful and needed when you do everything for your partner or adult child, and they feel safe. However, overtime you are confirming and reinforcing their fears that they can’t manage on their own. And why would he/she try, when you are taking responsibility for everything.

Eventually you find yourself swinging between feelings of love and kindness one moment, and feeling burdened, frustrated and trapped the next. This anger can only be contained for so long before it is unleashed directly or passive-aggressively.

In codependency relationships you lose your sense of self, and forget you are separate from each other.

WHAT YOU CAN DO

1.   Recognise your reason for rescuing – Take some time to yourself to ponder on the following questions. You might like to journal some of your answers:

♦ What are you getting out of it?

♦ Are you a people pleaser?

♦ Is your self-worth caught up in your relationship?

♦ Do you need to feel in control?

2.   Let Go – Step back from helping, and learn how to set boundaries. Learn to say “No”. Let him / her experience the consequences of their actions.

3.   Be prepared for the difficult emotions this will stir up for you – These can include anxiety, guilt, shame, fear of being alone. It takes two to create a codependent relationship, but you alone can fix the problem when you stop rescuing and enabling.

Our motive with Cheetah was to keep her comfortable and safe, instead we were robbing her of the confidence and opportunity to experience life with all its unknowns. We saw her as needy, a victim in life, and that is what she became.

It has only been 6 weeks since we stopped rescuing her, and this morning before I sat down to complete this blog I was amazed to see Cheetah jump effortlessly from the floor onto the top of the bed.

It takes a lot of courage to step back and let someone you love grapple with life on their own again, but the rewards for both of you are immeasurable.

If you want to stop the destructive cycle of codependency in your relationship, then please call me for a Free 15 minute consultation. We can talk about what is going on for you and I can answer any questions you might have. If I am with a client I will get back to you as soon as I can.

or if you are ready to book now

If you want to stop the destructive cycle of codependency in your relationship, then please call me for a Free 15 minute consultation. We can talk about what is going on for you and I can answer any questions you might have. If I am with a client I will get back to you as soon as I can.

or if you are ready to book now

Mindfulness Quiz: How present are you in your life?

Mindfulness Quiz:
How present are you in your life?

The Four Horseman of the Apocalypse and How They Destroy Love

The Symptoms of Depression and Preventative Action You Can Take